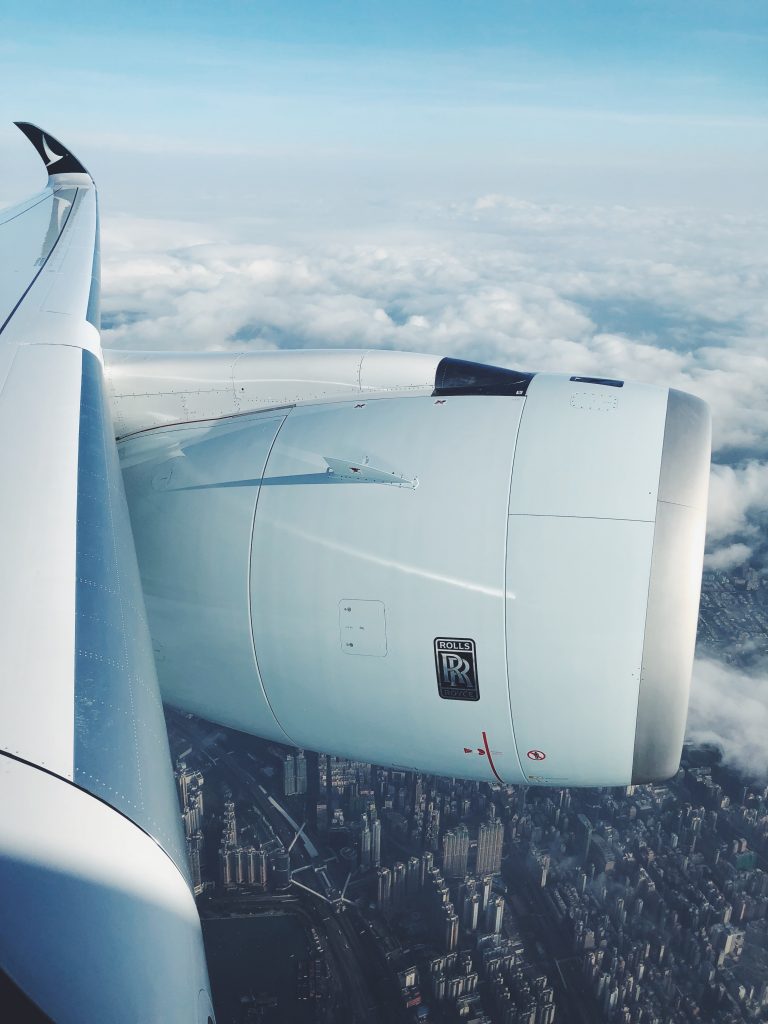 2019 was a rough year for Cathay Pacific. With Hong Kong’s anti-government protests shutting down the city on multiple occasions during the second half of last year, the country’s flag carrier had taken a hit in more ways than one. Both the chairman and CEO resigned amidst strings of flight cancellations and employee strikes which shut down Hong Kong International Airport.

However, as long as my travel plans remained intact, this didn’t matter to me. I’d been a loyal supporter of CX since 2016, partly due to past frequent travels from NYC to Hong Kong, but more recently because CX once offered the fastest way to fly from Manila to New York. Although Philippine Airlines has introduced a faster, non-stop option, I still prefer to fly Cathay Pacific due to the soft product and the occasional upgrade I’m offered from being a solo traveler on overbooked flights.

I tallied up my savings of Asia Miles and had enough for round-trip MNL-JFK tickets in Business Class for my annual Christmas trip to see family in New York. Since many other blogs cover exactly how Asia Miles and their waitlist system works, I won’t get too much into it.

I will mention that my outbound trip to New York was confirmed within a week of being on the Asia Miles waitlist. However, my return trip was on waitlist till 1 week before departure and automatically cancelled by the Asia Miles system. After a call to Marco Polo Club customer service which wasn’t helpful, I almost gave up and started looking at other options. I had a full-price Economy flight via Qatar on reserve, but I checked the Asia Miles site daily anyway. I knew there was a chance of reward tickets being released, as Asia Miles often releases seats days before departure.

As luck would have it, I stumbled home with my friends during the wee hours of New Year’s Day and found a reward ticket on the Asia Miles site while drunkenly devouring a combo platter from The Halal Guys. I paid the $100 or so in ticket fees and said goodbye to the Asia Miles I had been saving up for the past year.

During the online check-in, I picked seat 12K, the same seat I had on my flight into New York. For those not familiar with the seating configuration on Cathay Pacific Boeing 777s, 12K is nestled in the Business Class Mini Cabin, between the First Class and Business Class Galley bulkheads.

Upon arrival at the airport, the baggage drop-off process was smooth. I dropped off my luggage and huge box full of American goodies bound for Manila at the designated Business Class counter, grabbed my boarding passes, and headed to the lounge.

I don’t think it’s fair to discount Cathay Pacific for my experience at the JFK Terminal 8 Admirals Club, but I do think there are better options which could be offered. Let’s just say that lounges in the US are not great to begin with, and this one having only snacks for free with food and alcohol available for purchase is quite a turn off. For comparison’s sake, my parents frequently fly out of JFK T1 and use Priority Pass for the Air France lounge. They often treat themselves to full meals and a few glasses of wine before their flight. I, on the other hand, only had a bit of Coke, coffee, and a few crackers.

I only spent about 30 minutes in the lounge and headed to my gate. The boarding process was as you expect for a plane that can carry 275 people – everyone crammed into the small pre-boarding area, people unaware of which line is which, nothing out of the ordinary.

I boarded after the First Class and Marco Polo Diamond passengers boarded (aka, the more important people), grabbed a copy of the New York Times, and proceeded to my seat.

The first indication that CX has been cutting costs was the lack of champagne being offered as a pre-takeoff drink. During my previous journeys, I’ve always been offered champagne after getting situated in my seat, regardless of whether we were headed into or flying out of Hong Kong.

I grabbed an orange juice in an attempt to detox from the previous two weeks of heavy celebratory drinking with my friends, enjoyed the first of many hot towels, and started to get cozy in what would be my little alcove for the next 15 hours.

Prior to taking off, my flight attendant took my order for lunch. I opted for the pork with rice and bok choy offering.

We taxied out to the Runway 13R, always a treat for me as I could see the neighborhood where I grew up as we lined up for takeoff. I fought off the desire to sleep in order to catch a glimpse of New York one last time, knowing it would be at least a few months before I came to visit again.

Seatbelts fastened, we took off into the sky and and I dozed off until it was time for meal service. The food was good, albeit the portions had shrunk since I last flew business on this route a year earlier. Gone also were the porcelain salt and pepper shakers usually offered in CX J. I also noticed the FAs had become a bit stingy with the drink service. Usually port wine would always be offered after the meal, regardless of if the fruit and cheese platter was ordered. I asked for a Chivas and Coke as I normally would when the gentleman took my order, and while I did receive a small glass containing a bit of Chivas and Coke, a second was never offered to me. Not to be nitpicky, but in a crowded aviation world with plenty of airline options, the soft product is still the key to passenger satisfaction, and during this meal service, I felt that was lacking from in the Business Class cabin.

Feeling content but not necessarily full after the meal, I “made my bed” and took a look at Cathay’s new amenity offerings from Bamford. Compared to the old stuff from Seventy-Eight Percent, the new Bamford items felt more premium.

The new Bamford kit came with your normal fixins: hand and lip moisturizer, socks, a toothbrush, and some mouthwash.

I enjoyed the slip-on mattress pad they provided for the seat, a nice touch which was new to CX starting late last year. The duvet itself was also great, better than the one on my bed at home! The seat itself and the In-Flight Entertainment were as expected – aging and dated since many of these Boeing 777s have been flying for 10+ years in this configuration. The screen was a bit smaller than expected and definitely not glossy or HD – with the remote having worn out buttons. The good news is that CX has never been a disappointment when it comes to the amount of movies and tv shows available. This time around, I binge watched a few movies from the Fast & Furious franchise before dozing off for a few hours.

I rose from my slumber from a crying baby in First Class (I know right, just my luck), and decided it was time to make sure of the in-flight snack service. I ordered a burger, which came with fries, and it hit the spot. I threw on the noise cancelling headphones to try and cancel out the crying first class baby and dozed off until breakfast time.

I often opt for the western “British style” breakfast on CX flights, and this one was no different. After the second meal, I think I can safely say that while there’s not much to complain about with regards to the food and its quality (we are up in the air with glorified reheated food, after all), there also isn’t much to write home about as well. Call me jaded, but a Cathay Pacific Business Class breakfast in 2020 is just that: eggs, sausage, some bread and fruit.

I also noticed that the mini cabin meal service was not served on a cart as it typically would be in business class. I’m not sure if this had to deal with the mini cabin itself or if the FAs simply didn’t see the need to roll the cart down our way.

I will say though, there was no shortage of hot towels in and around meal service. I believe there were 4-5 occasions where I was offered a hot towel, which was a nice touch. Shortly after breakfast was finished and I got to indulge in the last hot towel for the flight, the crew prepared the cabin for landing. I noticed that the J and even the F cabins in these older 777s don’t have ambient lighting changes that you would find on newer Airbus A350s. Again, a minor niggle, but if you’re paying a premium for Business Class, most would prefer to ride on newer or at least refurbished aircraft.

We landed in Hong Kong about an hour behind schedule and I packed up my things to go catch my next flight, ultimately hopping on a CX a330 bound for Manila.

What goes up must come down

Now that I’ve had some time to think about my trip, my verdict is the CX soft product is still good, but not great. There is a lack of opulence that was found in previous trips, and the reduction in the little details combined with a dated hard product and aging fleet of aircraft is a hard sell for discerning Business Class travellers. Anyone paying anything close to retail and not using miles or ID50/non-rev discounts is not getting a good deal on these flights.

Once touted as Asia’s leading airlines, Cathay Pacific has faced unique challenges that have caused their signature experience to be less enjoyable than it has been in the past.

I think 2020 will continue to test Cathay Pacific. In Q1 2020 alone, CX has been hit with route reductions from the coronavirus outbreak leading to grounded aircraft and has offered staff to take unpaid time off. Within the past week, CX even offered Marco Polo Club members a “relief program” to compensate for reduced travel from the outbreak. As a green member, I received the email below, granting me club points and more time to use my lounge access in 2020.

WIth competition heating up from other players in the Asian market, CX needs to find a way to stand out. Once my Asia Miles are depleted, I’ll be trying the nonstop offering from Philippine Airlines (if the price is right), or routes with short layovers offered by ANA and Asiana.

Thanks for reading! Drop a comment down below if you have any thoughts about my trip! For more of my daily adventures as a coffee chuggin’, fast walkin’, slick talkin’ New Yorker finding his way around Asia, don’t forget to follow me on Instagram @ohnoitsericgo