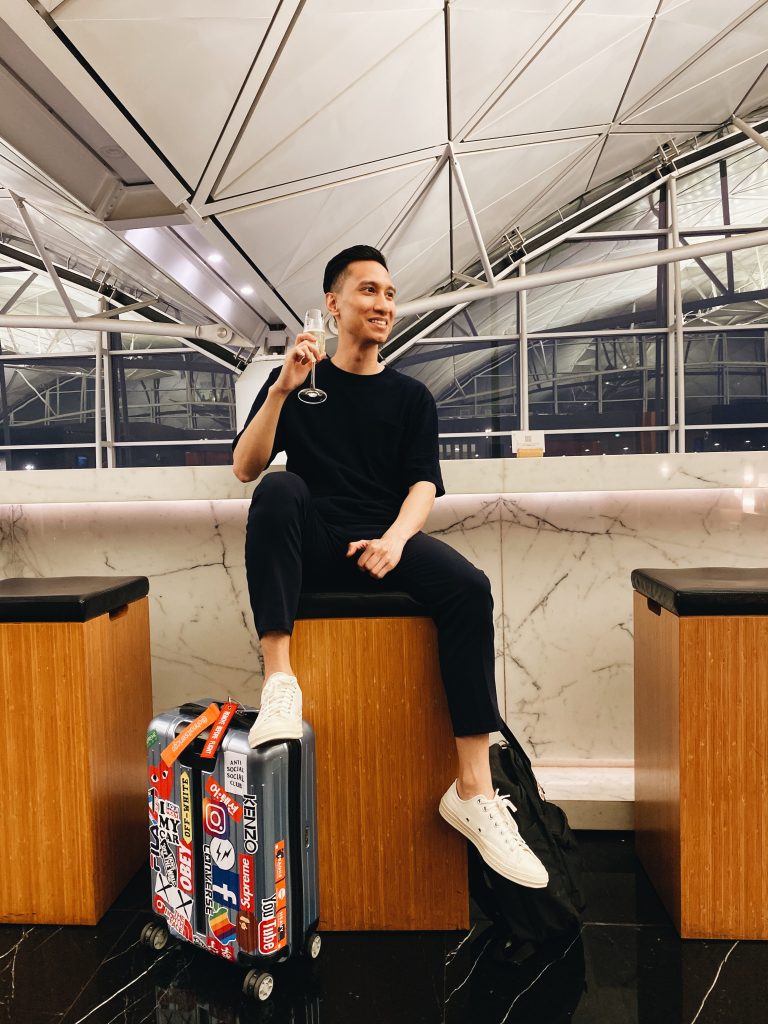 Several years ago prior to relocating to Manila, I was relatively new to the world of airline miles, premium lounges, and frequent flier status upgrades. I found myself getting lost in Hong Kong International Airport, looking at all the business travellers, their aluminum Rimowa suitcases with matching Cathay Pacific Marco Polo Club luggage tags in tow.

Being the aspiring “junior jetsetter” that I was at the time, I wanted to see what it felt like to “have status” in a frequent flier club too, regardless of the perks (or perhaps, the lack thereof) at the entry level.

A quick visit to the Marco Polo Club website gave me info on how to get the basic membership tier, which Cathay Pacific denotes as Green. There was no way around it, I’d have to fork over $100 to join the club. At the Green level, there’s honestly not much to rave about. The Cathay Pacific website outlines everything you get with a Green tier membership, so I won’t go into detail here. What did catch my eye was a Business Class lounge pass reward earned after amassing 200 “Club Points”, and the ability to use Premium Economy check-in counters and boarding lines.

Within the span of a few months, I had already flown three round trips from JFK to HKG, with two trips from Hong Kong to Cebu thrown in as well, all using my Asia Miles membership number. While I wasn’t entirely loyal to Cathay Pacific at the time, I had what seemed like enough flights under my belt to present a strong case to the Marco Polo Club customer service team.

I whipped up a quick yet polite e-mail directly to the Marco Polo Club team (not the generic CX Help Team), with the following highlights:

At first, I received an email outlining how the program was not free, and that I needed to pay the $100 fee. I replied saying I had some friends in Hong Kong who never had to pay a membership fee to get Marco Polo Club status (true story), and emphasized that a complimentary membership would be a small gesture in exchange for many more flights and thousands of miles travelled on Cathay Pacific vs. competitors. Within a few days, I received a reply from a Marco Polo club supervisor who had granted me membership and asked for information on where to send my new welcome kit.

Since then, I think it’s safe to say that Cathay Pacific’s “investment” in me has paid off. I ended up relocating to Manila that same year for work, and have been flying on Cathay Pacific any time I’ve had the chance, whether it’s for my annual trip back to New York for the holidays, or for weekend “emergency” trips to Hong Kong to get my broken iPhone swapped out at the Apple Store before the warranty expires. While I’ve chosen to give my money to them versus other carriers, Cathay Pacific has been good to me too. I’ve been upgraded from Economy/Premium Economy to Business Class on multiple occasions, and have always enjoyed using the Premium Economy lines to check in and board the aircraft.

One last insight for travellers who often fly out of Southeast Asia: many people in, for example, Manila, do not have Marco Polo Club or even Asia Miles status, and during peak season, flights are almost always overbooked. There are many domestic workers flying in and out of HKG, along with Overseas Foreign Workers (OFWs). Packed planes means passengers get bumped out of Economy into Premium Economy, or even Business, and usually having even just Marco Polo Club Green membership puts you higher up on the priority list versus having no status at all. This has helped me greatly in getting flight upgrades – even if it’s only a 2.5hr flight from MNL-HKG, it’s still cool to kick back on a brand new Airbus A350 while sipping on champagne and having a 3 course meal on china and silverware!

At the end of it all, I got a $100 membership for free, and got those coveted aluminum tags (which were kinda anticlimactic, by the way). I’ve been a Marco Polo Club Green member ever since, narrowly missing an upgrade to Silver in 2018 by 5 Club Points. Each year, I’ve been able to use my Club Points to retain my membership at no cost. In 2020, CX renewed my membership with no requirements due to the global pandemic.

Moral of the story: It doesn’t hurt to ask.